In a world crafted from dreams, the God of Sleep reigns supreme

The team started off things off by meeting back up with Martellus. This came without incident, except for the elf lady running away screaming down the mountainside and 3 ogres beating the crap out of Martellus. Luckily, the nearly fresh adventurer did not, after considerable deliberation, take a long rest, but instead chose to go after Daryl, evil experimenter. On the way, they noticed Martellus being hammered and thought that killing the ogres with the best choice of action. 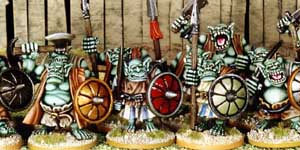 Once the greeting and thank-yous were exchange the party ventured once more into Daryl’s Lair. They first questioned the sinister-looking teifling, receiving no enlightenment they continued downward. In the depths, they found Daryl’s laboratory. Daryl saw Markson and remarked that he had met with another servant of Imperiad before and exchanged gifts for a slave woman. The team took exception to Bert’s work and readily for a fight.

Daryl had two “friends” with him, Bob and Jim. Bob was a large blob of fat monstrosity; conversely, Jim was a rail-thin spiney boney monstrosity. Daryl rained down spells and the two monstrosities tried put the beat-down on our heroes. They would have none of it. Draya went full-berserker on Daryl hewing him dead. The crew left Bob mince-meat and Jim a bone-pile. Everyone rejoined and looted the hell out of the place. They even discovered a secret storeroom. Gear, weapons, components, and rituals were the spoils of the day. Also, their was a large golden statue to the God Imperiad. Markson felt it was important to return the relic to the nearest temple in Gamal.

At the nearest temple, they found Markson school rival and all-around fat jerk, Mangold. Mangold took the artifact and acted shifty about his knowledge of it’s recent history. The party had a gut feeling that Mangold was the one who delivered it to Daryl, but couldn’t prove it. Martellus got the item to have Corrin use his hat of disguise to made the face of Mangold, then to cast the ritual speak with dead to ask the corpse of Daryl, whether the person who brought the artifact to him looked like Mangold. The spell was cast, the questioned asked, Mangold fated was sealed. The corpse confirmed that Mangold brought him the artifact. Markson and the rest of the party will make Mangold pay, but after they finish the current job.

After make short work of Daryl, they adventure decided it was time to get back to gathering the artifacts needed for the combat against the Lama. After re-examining the tapestries and recanting the story, they made their way to the ruined temple. The front room contained seven alcoves, each with a symbol on the floor: Dragon, Crane, Tiger, Indigo, Ellipsoid, Daryl Strawberry, and Human. The inter-chamber contained a dead-look priest and an alter with each of the 7 symbols on it too. Upon investigation of the corpse, it seemed like a match for the priest-dude in the tapestries. Markson found a holy symbol in the pocket of the dead man. When the holy symbol was touched, the dead man started to stir. The party decided caution was needed. They prudently took the multiple heavy doors and crushed the corpse underneath. By pinning the dead guy they had and easy time retrieving the object. They all had a good laugh at the dead man flailing around trying to free himself from the heavy doors to no avail.

Their attention moved on to the alter. They found that the symbols on the alter could pressed down and there was a seam that ran through the alter. Sensing that the alter could be opened, they went on a button mashing spree until the combo of crane and human opened the alter. Just as it started to open, the old alter got stuck. Luckily, Corrin found the obstruction, freeing the alter open and reveal it’s prize. The party retrieved the item from the alter, a scroll that seemingly can be used in confronting the Lama

Still, the adventures had not had enough adventure, they journeyed onward and upward. The mountaintop complex had a long path lead to the next tier. Blades! Multiple wrring blades sprung to life biting at the team as they weaved their way along the narrow path. Everyone dodged, jumped over, climbed around, teleported through the nasty devices cleverly, except the hapless wizard. The weakling that he was, he had to be drag around the cliff-side by dauntless Draya.

Killer Weeds! At the top of the path lay a wall covered in vine. The team tried subtle method of avoiding the semi-intelligent looking plants, but found the best solution was unbridled radiant violence. The party found that radiant weapons had a tremendous ability to destroy the plant. Markson and Martellus used their radiant weapons and killed the crap out of it, cutting a path to the next level.

A stone building lay in front of the party, the symbol of the mage from the tapestries etched above the door. Markson tried to open the door and set off a trap. A evil spirit-thing erupted from the door and battled the party. Corrin acted quickly and found the switches and disabled the device. Inside the large building was a single figure, the mage from the tapestries. The Mage acted first, he flew up into air and knocking half the party backwards and prone on the floor. Everyone realized this first was gonna suck. The Mage proceeded to mop the floor with the party until the team got their tactical hats on. The flying enemy was impossible for Draya and Markson to hit. In a fit of madness, Markson decided to climb the walls, then walk the rafters, and jump down tackling the Mage. Then the wizards cast stinking cloud up in the air, which had no damaging effect on the Mage, but blind him, causing him to come down to ground level, below the cloud, to fight it out. Finally, Draya cranged the Mage, pinning him to the ground for the rest of the combat. Undeterred by the progress on the ground the team had made, Markson made his Jimmy the Superfly Snuka move off the rafters, sailing through the poisonous stinking cloud and flawlessly crashing into the ground and missing the Mage. Once pinned to the ground, the team made short work of the Mage, killing him and looting his items. 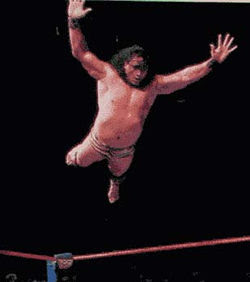 Ascendant campaigns can view previous versions of their pages, see what has changed (and who did it), and even restore old versions. It's like having a rewind button for your campaign.

We've already been saving your edits, so if you upgrade now you will have instant access to your previous versions. Plus, you get a 15-day free trial, so there's nothing to lose.

Everybody Was Kung-Fu Fighting

Shrine of the Fallen Lama

I'm sorry, but we no longer support this web browser. Please upgrade your browser or install Chrome or Firefox to enjoy the full functionality of this site.